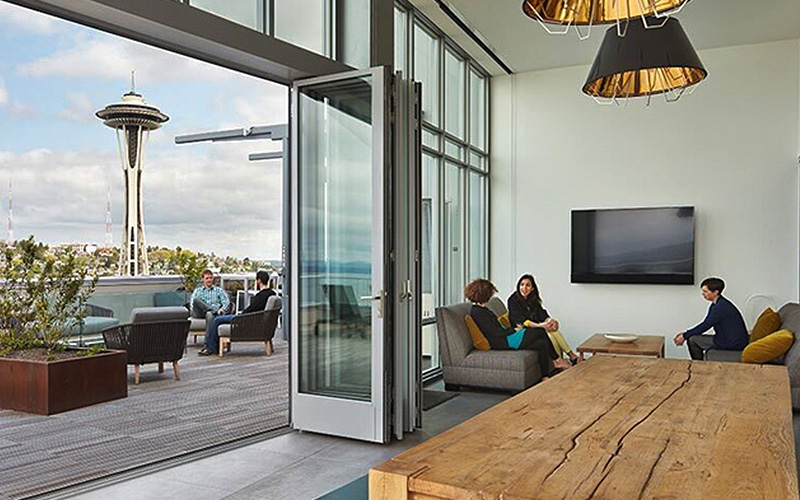 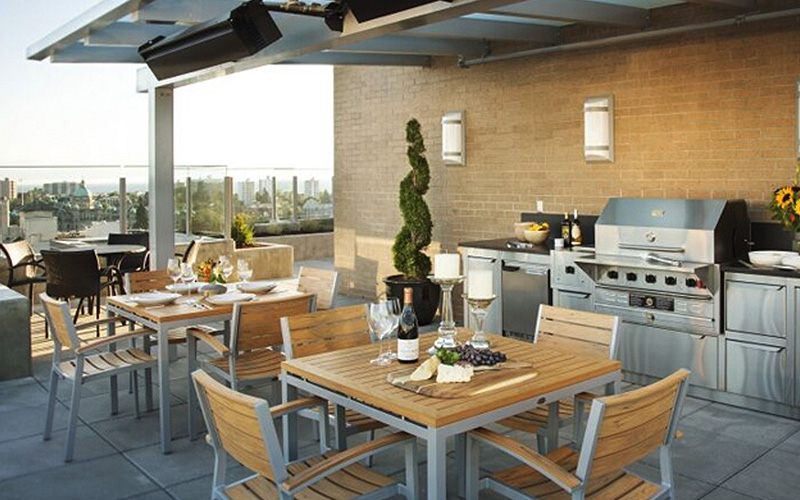 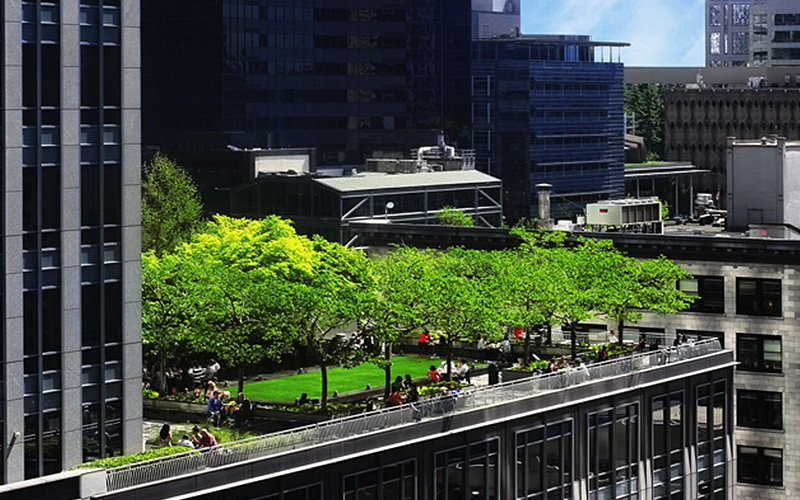 Greening Rooftops in the Emerald City

The following text was prepared for THG by David Hewitt, Founding Principal of Hewitt Architects of Seattle. It will be incorporated into a lecture to be presented by Robert and David at various Schools of Architecture from Seattle through California.

In the design of modern apartments, rooftop development has become an important and highly desirable part of urban life for the renter or owner. Besides being decorative, roof plantings may also provide food, entertainment and recreational opportunities, habitats for wildlife, temperature control and other benefits. Even when the views are not spectacular, simply getting out-of-doors at a rooftop level is a soul-satisfying experience. The same applies to the indoor-outdoor workspaces that have become a contributing part of the Pacific Northwest’s “sense of place.”

“Greening” isn’t really a new idea. Our work with Robert Holmes goes back to 1994 and the development of Belltown Court on Second Avenue, which has both roof and lower terrace amenities. What is new in our firm’s work is the evolution of these kind of spaces from passive parks to sustainable purposeful spaces. Rooftop amenities now increasingly define the character of a building and are seen as being important to renting and keeping the building full. Increasingly, developers, cities, and occupants of buildings want rooftops to look good rather than just being repositories for HVAC and other mechanical clutter.

For planners, these green retreats also provide an attractive, cost-effective alternative to street level pocket parks in densely populated urban areas. They provide a wonderful perspective of the city below. They feel safe and secure – and they are. They are part of the well--being of a city. In the space of less than a decade developers have found that green rooftops have gone from novelty to near necessity. Their tenants now embrace the idea of spending their leisure time high above it all.