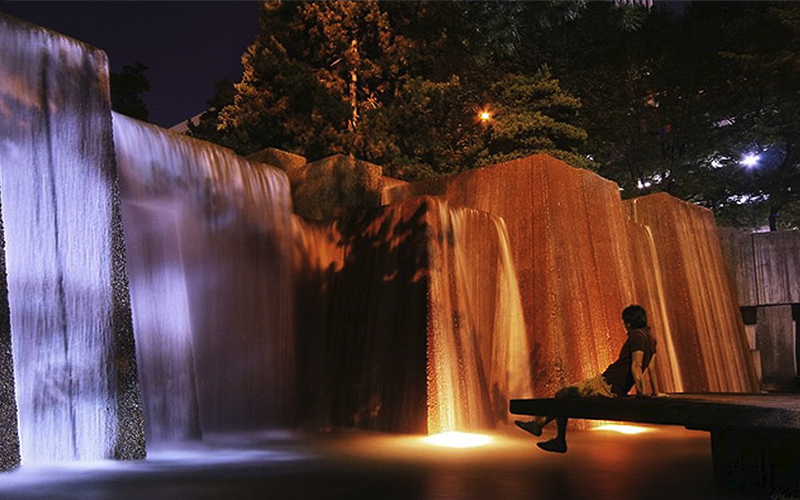 Introducing the Concept of Remodeling

This was certainly true of Portland’s South Of Market District, which for three decades had been a highly regarded example of mixed-use urban development. But, with the emergence of the city’s famed Pearl District, noted for its vibrant cultural and foodie scene, its upscale businesses and residences, and its edgy architecture all contained within a historic area formerly known for its warehouses and light industry, South Of Market was beginning to lose its appeal for companies and their employees who wanted to be part of the Pearl’s youthful luster. THG was retained by the ownership of 200 Market Street to help reverse South Of Market’s troubling trend towards lower rents and occupancy rates. 200 Market is a visually striking, extremely well managed, LEED-certified, 18-story tower adjacent to Portland’s Keller Auditorium – but simply put it’s not part of The Pearl.

THG moderated a group consisting of 25 building owners and managers, planners, architects, city officials, branding firms, event programmers and leasing agents to begin addressing the area’s identity crisis and to start formulating an actionable plan. As the former Executive Director of the Portland Development Commission, Robert Holmes welcomed the opportunity to help this gathering of Portland influencers to create a fresh vision – a SHARED future story – that would guide the reinvigoration of the South of Market District. The first session was held December 10, 2015 at 200 Market Street’s Business Center and the second on January 26, 2016 in the Keller Auditorium.

Think of the process, pioneered by Robert and by Vancouver B.C. based strategic writer/futurist Paul Smith, as the impetus for a large-scale “remodeling” done for precisely the same reasons a private residence or a commercial building would undergo a minor refreshing or a major reconstruction – to make it more energy efficient, more space-efficient and, above all, more appropriate and appealing to a specific market segment. The process, like the one staged by THG for South Of Market, serves as an idea blueprint to JUMPSTART the remodeling of urban districts, entire towns and resort destinations. As Robert explains, “the ultimate goal of the process is to change the perception of value of a place and, in so doing, increase rental rates and re-sale values. We do so by responding appropriately to the wants, needs and attitudes of a world that has changed dramatically in a very brief period of time. What makes the process unique is the fact that we bring together, in one place at one time, everyone who will lead the remodeling, and require them to be collaboratively creative rather than being restricted by a disciplined way of thinking specific to a profession be it master-planning or branding. The use of the term ‘remodeling’ makes it easier for a community to grasp the concept – especially when home improvement reality shows like Rehab Addict, Property Brothers and This Old House have captured the imaginations of TV viewers.”

To learn more about the remarkable remodeling of what is now known as the fountain district, read the four attached documents: